It is a custom for Westerners to dress up for parties during various festivals.  Some go to great lengths to come up with something special. Sometimes the themes extend to the exotic. This might mean cowboys and Indian themes, African or the Orient. The latter is a common source of inspiration for the British Christmas pantomimes.

Whilst I firmly believe in the freedom of speech and expression. I do feel that these Oriental themes are rather patronising to Asians. I also feel that they distorts the true nature of Asian cultures. Moreover, they reinforce the Asian stereotypes. I mean how many people of South Asian origin, apart from the Sikhs, who wear turbans on a regular basis.  But the media sometimes gives you the impression that might be the case. But in reality, South Asian and Middle Eastern life is not like something out of Aladdin. 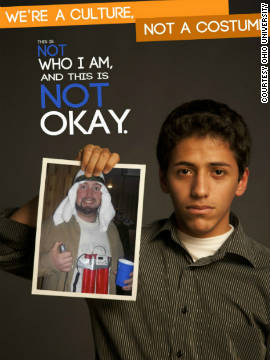 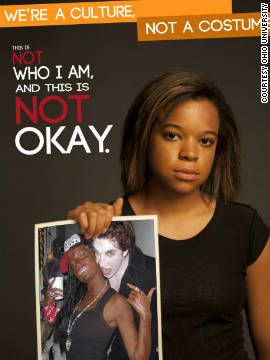 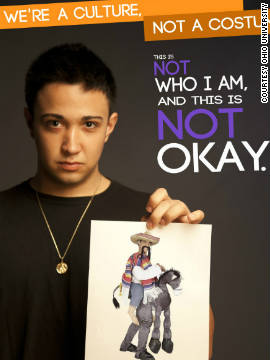 Then there are the Madam Butterfly stereotype that blight Japanese women. Chinese men are thought of as having Dr Fu Manchu moustaches. That or the Bruce Lee stereotypes. Try as you may but in reality you won't see people that would fit into these silly stereotypes.

I don't think that many Westerners might have thought about the impact of this sort of perception. We Asians are born into the colour and the cultures that we're in. We don't see the trivialisation of our cultures as something people can do for fun. We're people with feelings. After the parties have finished and the lights have gone out, we're still who we are. 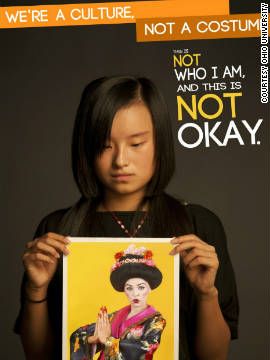 Posted by Permanent tourist at 2:31 PM